The Kickstarter has successfully funded!

Missed your chance to back Beam Saber at a physical copy level? Now that the BackerKit pre-order store is open, you don’t have to miss out!

Beam Saber is a Forged In The Dark game about the pilots of powerful machines in a war that dominates every facet of life. They are trying to do their part, then get out physically and mentally intact. The organizations that perpetuate The War throughout all of known space are too incomprehensibly huge to take down. There is no “winning” The War, there is only surviving it. Hopefully you can help others get out too.

This game is best played with 4 or 5 players, with one player filling the role of Game Master, and the other players will be the protagonists of the story.

If you'd like to see Beam Saber in play check out my completed campaign: The Cenotaph. You can also find pre-made missions on the Beam Saber Blog! Keep up to date with Beam Saber's development on twitter!

The Beam Saber Quick Start Guide is also available if you want to see, or try, a sample of the rules before buying.

If you would like to have the full version of the rules but can't afford it, feel free to email BeamSaberRPG@gmail.com and we can discuss getting you a download key.

Engage challenges on a titanic scale! Each pilot has a custom vehicle created from the ground up to suit their desires. The base frame can be humanoid, a more traditional vehicle, or something completely bizarre! They can be equipped with holo-projectors, grapnel anchor tools, missiles, and much more. Take advantage of your vehicle's Quirks (such as Loads of Guns, Exposed Boosters, and Ominous Appearance) to more effectively overcome obstacles. Or lean into your machine's faults for XP! Bombard, Scan, Maneuver, and more to deal with threats.

There are several pilot types players can choose from, each facing The War in a unique way, and all have a powerful vehicle to command.

Envoys are diplomats and spies.

Scouts are pathfinders and snipers.

Technicians are chemists, mechanics, and biologists.

The pilots are part of a squad, which is created through a consensus by all the players. Just like a pilot, the squad gets a “character sheet”.

The Consulate spies and politicks.

The Frontlines grind the enemy to dust.

The Logistics deliver the goods.

The Profiteers sell what people can’t get.

The Recon are spies, thieves, and sneaks.

The R&D advance The War’s technology.

"Every part of Beam Saber pulses with love for the mecha genre, and makes it fun to play. Vehicle Quirks make the problems and potential of giant robots exciting parts of the action; Cutting Loose with the other players helps grow relationships among your PCs through tense and tender moments between missions; and Pilot Drives ask each player "what do you want so bad that you’ll risk getting into that coffin of a cockpit one more time. And then one more time after that..." Every one of these makes it feel like you're in a Gundam anime--it's clear Austin knows and loves the mecha genre and Beam Saber brings it to life at the table." - Mobile Suit Breakdown

"Beam Saber is the mech anime RPG I've been looking for for years.  Detailed and customizable, but also streamlined and easy to pick-up and  play. It manages to be the best of both worlds." - Jeff Stormer of Party Of One Podcast

Art by Vincent Patrick.
If you're interested in Beam Saber merch, you can pick it up here!

If you're interested in prototype rules and behind the scenes info, check out the Patreon!

If you are interested in creating and selling Beam Saber supplements of your own, please download the free Beam Saber Licence V2 and Supply Drop Logos.zip that can be found below. These will provide the directions and tools necessary for you to add to the growing Beam Saber collection.

The Cenotaph on youtube (whole series), and as a podcast (incomplete)

Friends At The Table: PARTIZAN

The Wheel And The Way: Robots and Feelings

Hacked In The Dark

In order to download this game you must purchase it at or above the minimum price of $30 USD. You will get access to the following files:

It appears from the changelog that beamsaberv0.55 is the most recent version - I’m seeing lots of editorial copy throughout it (like “header art is space battle” on the first page or “to be removed in final version” text throughout). Is this accidental?

No, it is intentionally there to give you a better idea of what the final version will look like.

Oh, I see. So Beam Saber hasn't hit a final release yet?

Part of the purpose of the Kickstarter was to get the funds to bring it to V1.0. Currently contracted artists, writers, and layout designers are working on getting it finished. That said, the rules ARE complete; any future changes to the book's text will be typo fixes and clarifications.

Awesome, thanks for clarifying!

Just purchased the DriveThruRPG version of the PDF. So far no issues on my end. Loved the whole book and looking forward into playing it one day with my gf since she likes Anime. She might like this as well. :)

The Beam Saber Resources file keeps getting to the end of the download, then failing out.  I have tried downloading it multiple times and it fails at the end, every time.

I've asked several other people to try downloading it after I saw your comment and no one has had any issue with it. I'm sorry but I don't have a solution to your issue.

I appreciate the effort.  I'm going to try with a different browser and see if that makes a difference.

That seems to have been the issue, which is odd as I have never had any issues with itch.io compressed downloads on Firefox before this.  I opened it in Chrome and downloaded it fine.  Thought I would let you know in case it crops up for someone else.

Also weird since at least some of the people who I asked to check the download were using Firefox. Thanks for the update.

Where can I find a link to the Beam Saber Discord? I'm interested in the game and would like to ask some questions to people who know more about it :)

Hi Austin, just wanted to double-check that it's not too late to preorder a physical book on backerkit??

The way the game iterates on Downtime alone warrants the full 5 stars. Really great implementation of FitD mechanics to the mecha genre, with smart design and writing around Faction level play, Downtime and player character Drives.

Mech game that uses an intentionally open-ended system of narrative vehicle customization that means it can be used to play any sort of narrative that involves people having a bond with vehicles.

Says it's Gundam or Battletech but is secretly also Fast and the Furious. A+ 5 Stars. Worth every penny or worth emailing BeamSaberRPG@gmail.com if you're having financial difficulty purchasing a $30 game.

Hi. Your game looks rad as hell. The only problem is that I have been unable to find a way to buy the game for less than the $30 price tag. Don't get me wrong, the price is totally reasonable, and you clearly deserve to be paid for your work, I just can't afford it right now. I did see that when the kickstarter was running that the game was also being sold for 7 Canadian dollars a a budget option? I was just wondering if it is still possible to get the pdf at that reduced price anywhere.

Send an email to BeamSaberRPG@gmail.com and we can discuss it.

Thank you for making this amazing game! I heard about it through Friends At The Table and I'm preparing for my first campaign now.

Are there were any considerations you thought should be taken with larger parties? I have 5 players eager to join the campaign and while I feel relatively confident in my ability to balance the narrative side of things I wanted to know why you settled on the 3-4 players recommendation.

That player count recommendation is based on my personal GMing style. I have GMed Beam Saber for 5 players before, and in those games I often feel like I can't provide enough spotlight on any of the characters. It feels very much like "alright, you did your action, but we can't really follow up on it because it's been too long since this other player has had the spotlight, so we're going to jump over there and EVENTUALLY get back to the follow up on what you just did."

If you aren't concerned about that issue when GMing, then the other considerations are that the Squad will have more resources (stress, quirks, gear, Harm/Damage, etc) to spend in each Mission, and that the game doesn't scale Supply Point income with the number of Players. This means that individual Missions won't press the group hard, but that what they do spend will be harder to recover, giving the game a stronger sense of The War being one of attrition.

I'm excited to try this out with my crew! We've all been quarantined for too long and this really seems like it will play well over the Internet.

I just ordered the hardcover rule book from Backerkit, but I'm not sure when I should expect access to the PDF copy. Should I assume it's not happening until after the book prints and ships?

The receipts for BackerKit purchases get sent to BeamSaberRPG@gmail.com and I use that account to then send download keys to the emails associated with the BackerKit receipt. It's not an automated process, so it sometimes takes me a couple hours to see the receipt and then send it out. I don't have any new receipts currently, so you should have gotten your download key emailed to you.

You ended up getting me the code very quickly. I just wasn't sure how patient I needed to be after I realized that it wasn't automated. Thank you so much!

This is a long shot, but does anyone have a Google Sheets version of the playbooks? Someone had made one for BITD that was really robust so I was just curious.

In the Player Resources section of the rules and Quickstart Guide there's links to both a Google docs version of the playbooks and a Google spreadsheet version.

Awesome, thank you. Must have missed it.

I enjoy the Forged in the Dark system for adding a bit more granularity than PbtA. They deliver the "fiction first" while still fitting enough crunch in to satisfy my gamer/numbers side. At the same time, I had been pondering how to bend the Cypher system to mecha combat a la Battletech. When I stumbled upon this Kickstarter via RPG Academy, I found that someone already did the job, and by orders of magnitude better!

Just as with BitD, I feel like Beam Saber strikes a balance between a) Letting the fiction happen in the heat of the action, and b)giving me a bunch of gamified knobs and sliders to play with during the downtime between missions.

Kudos to you, Austin Ramsay. I can't wait for the full version to come out!

This game is so amazing. The design is impeccable and the flavor is so fitting.

Glad to hear that you're excited!

Not to be confused.

I don't understand. What do you mean?

Did you know? there was a game with almost similar name called

it was in here but now primes. You can look https://beatsaber.com/ here

Yes. I thought I saw Beat Saber. turns out it was Beam Saber.

Oh! Yeah I know about that game. Sometimes when I see/hear people talking about Beat I think they mean my game for a second and get excited! 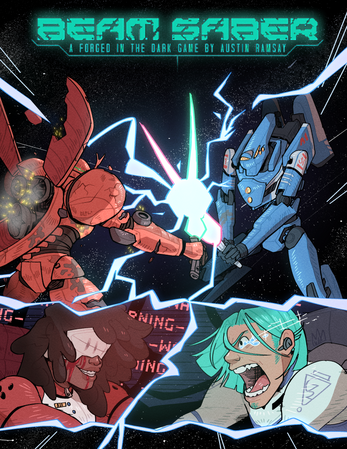 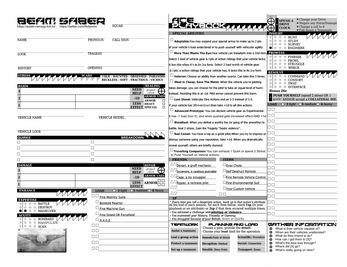 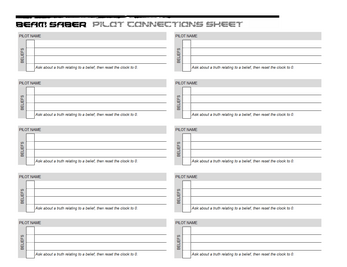 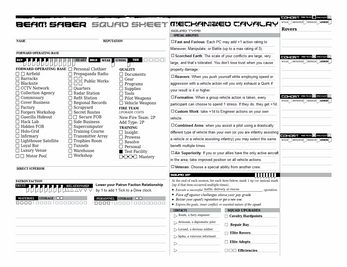 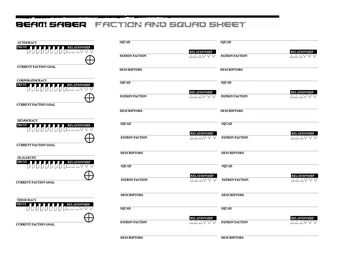 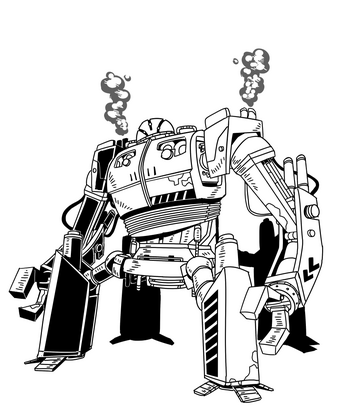 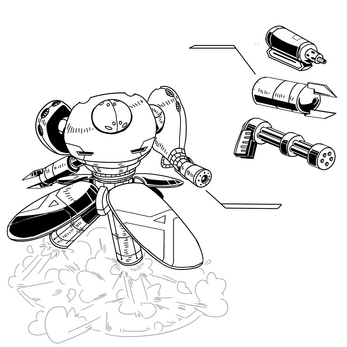 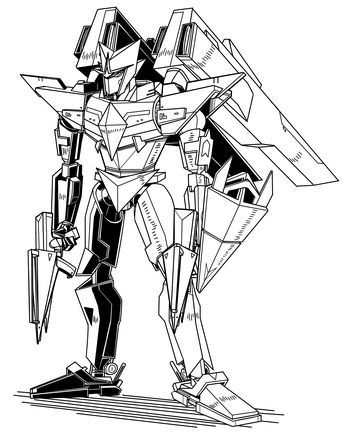 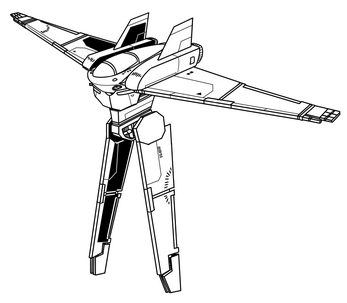 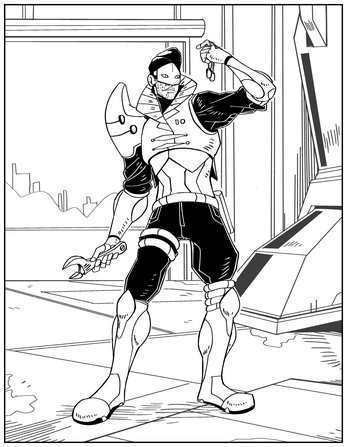 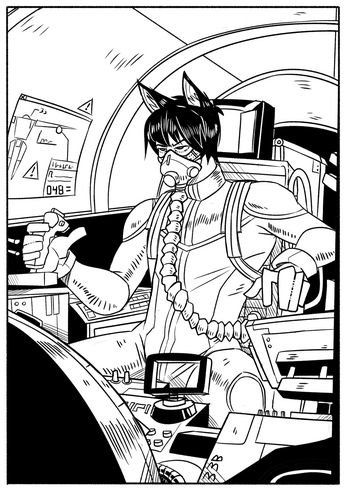 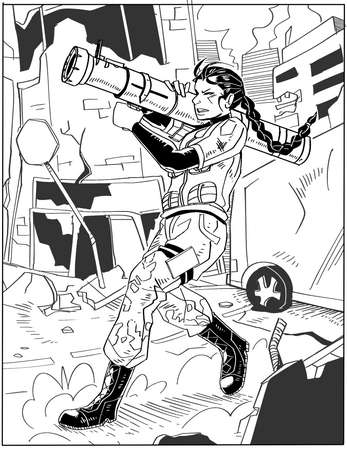 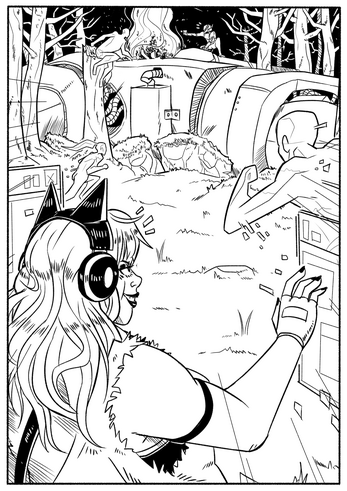