You are in bed, just about to drift off to sleep, alone in your home. You've been keeping a dream journal the last few weeks. Something raises your awareness, and you don't know if you are dreaming. Especially after what you witness.

Each night has unusual experiences that you observe from the (hopefully) safety of your bed. These occurrences are represented by cards from a standard deck, played face down, and a single die that determines their duration.

Based on the Alone games by Takuma Okada.

In order to download this game you must purchase it at or above the minimum price of $1.50 USD. You will get access to the following files:

I played Alone in the house as a tool in a singleplayer TTRPG campaign. I guess the most important of this game is to be in the right atmosphere. That's a nice game but don't play it if you're young and afraid of the dark or of loneliness.

Context: 1921, USA, cosmic horror. My character, called Thomas, was tired and sick (without knowing why) but still sane. Living in a village, he has to take train to go to Los Angeles. Unfortunately he has been resting at home for a week because he feels too tired to take the train.

Game report: Thomas woke up at same time as the first sun's rays, but it was still dark (I played just before the sun rises). He thinks he hears scratches at the door, and then glass noises breaking out. While thinking it's not a good omen, his eyes close from fatigue. But he can't sleep. He struggles to keep his eyes open and then sees a little blurry: the walls seem to undulate in silence and then crack. And kinds of unidentified insects emerge from these cracks and invade the ceiling before shrinking. Then Thomas' eyes close and he can't open them again. He lies there a moment on the bed, eyes closed, asking himself questions (did the creatures feel pity for him? did they feel his fear?), and he falls asleep as the day rises.

Below is a picture of my (french) "game diary", at the page of this game. My character was still sane so I was trying to write well 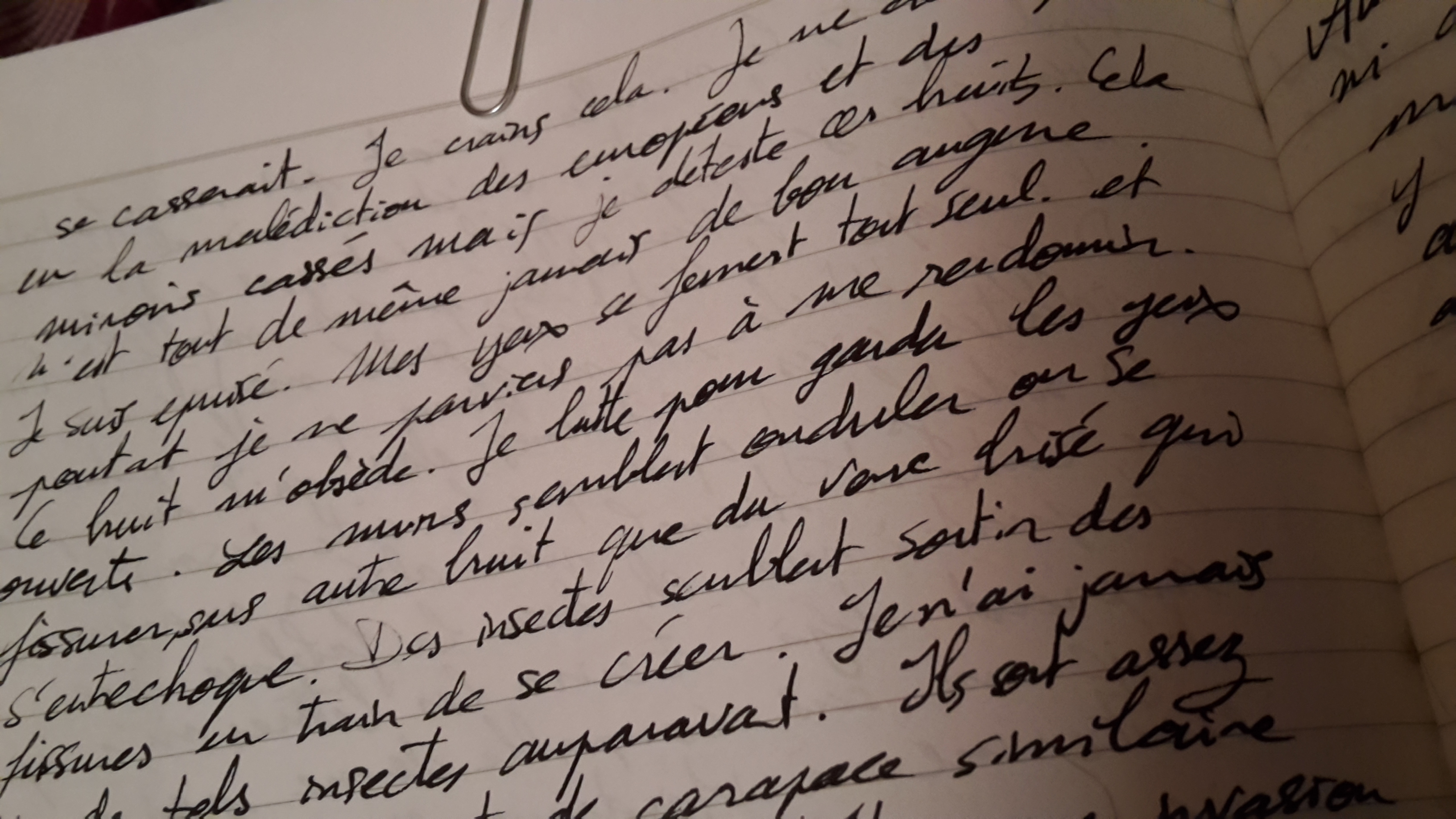 When I read this page again, I find it a rather scary because it shows what state I was in when I played it (period of insomnia, with eyes that closed by themselves but each day the impossibility of sleeping before sunrise). I guess that was a good idea to play it when sun were rising, because I'm not always confident when I'm alone at night if all the lights are off, especially because there are often little noises (my cats walking or scratching cardboard... and the neighbours talking loudly...). But to be in the mood, it was good that it was still dark and that I needed a small lamp to draw cards and write in the diary

Thanks for this game. That was a a frightening experience for my character. I wouldn't have liked to be in his shoes!

Thanks for sharing your experience! I'm glad to hear you had a good time with it. 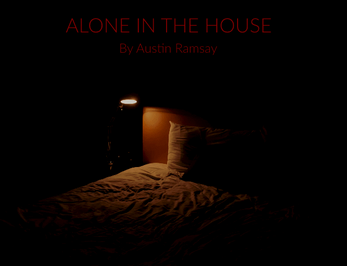